Growing an Affiliate Site to 30,000 Sessions Per Month with Surfer’s Content Editor 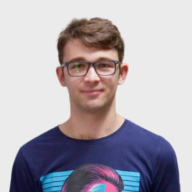 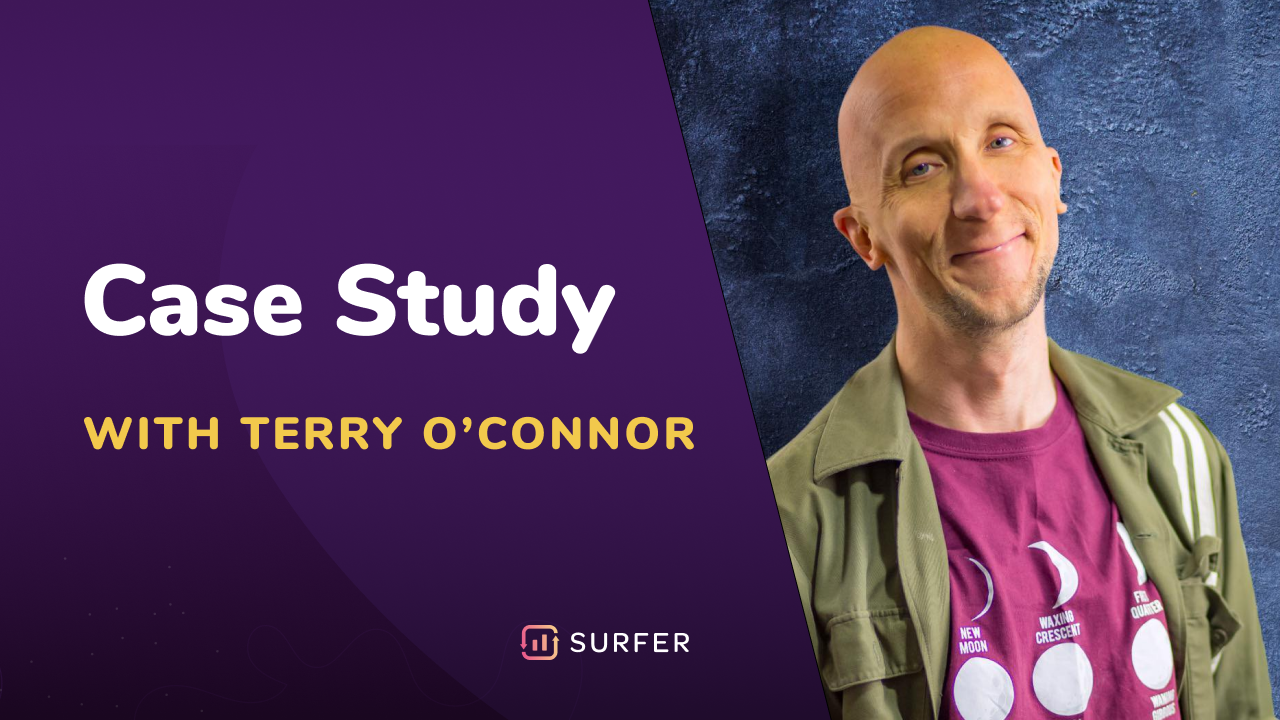 For anyone starting a new affiliate business the struggle is real: you have to compete with domains which have been around for a while. Many of them have built backlinks and pushed loads of content before you even picked the domain name.

He built a hobby website about astrology that he decided to monetize at one point. Having a strong web background he knew what he needed to finally kick it off: create great content, optimized for SEO.

Great content means you’ll probably need less backlinks to show up at the top of the Google search ranking. It also means your link building efforts will be much easier in the future.

And that’s why one of the most common use cases for Surfer users is optimizing affiliate sites.

This case study will take you through his story from a hobby page to a well-prospecting affiliate site:

Thanks so much for sharing this honest and touching story with us, Terry. You’re the best!

Getting to the turning point

In 2014, Terry O’Connor gave his notice at his previous job as an e-commerce manager. On the same day, the owner of the company announced he had sold the business (that he had built from scratch) for £14 million. After 5 years working with him, Terry had decided he would be his last boss.

I had worked in the web industry for about 10 years. Starting out marking up HTML in content before delving into web design, logo design, development, and SEO. I tried starting my own agencies on the side, but client work was hard as I was not a salesman. And couldn’t afford anyone to work with me. So I had the agency appearance and nice looking website, but really I was just a one-man-band.

Shortly after quitting his full-time job, Terry had to face the loss of his dad who passed away from pancreatic cancer aged 60.

Dealing with it in a way that he thought best, he literally sold everything and relocated to Mexico at the age of 37. With a handful of clients at that point, he was ready for the new life.

It didn’t turn out well though. During the first year adapting to a Mexican lifestyle, things went from bad to worst and Terry threw a lot of savings at healing and therapeutic work (which did actually help—who knew).

In the midst of all of this, he thought of starting a blog about a subject that often interested him.

Upon doing some initial keyword research using the Google keyword planner, he decided to start a blog/website about astrology on 26th November 2015.

Despite not being an astrologer.

In the first two years of the site, he created approximately fifty pages and acquired very few links. After two years from starting the website, the statistics looked like this:

Terry’s friend who has a website in the travel niche gave him an idea of monetizing the website through an ad network and affiliate sales.

Up until this point, I hadn't given any thought or any idea into why I was even doing this website. But now, I had a purpose and focus on it. I stopped traveling around, paid rent for a year in a central location in Mexico City (because they had the best internet) and I began. Over the next 2 years, I trialed a plethora of different online SaaS programs and I had subscriptions to about 8 programs at one point.

Getting into on-page SEO with Clearscope and other tools

One of the tools he tested was Clearscope. Brian Dean of Backlinko had mentioned Clearscope in one of his articles and it sounded like a great answer to his needs. Terry knew about SEO metadata and other more technical stuff but now he wanted to SEO the CONTENT.

I thought it was great. It gave me the clarity I needed to help structure my content and then grade the content against the other top 30 results for the keyword I was trying to win. It did it on a school grade system where you would get an A+, B- etc and it would show you the areas in which she needed to improve in terms of how many times on average you needed to include a word on the website.

The main pain point was the $300pm price tag (even though I had been given a discount). There were a few other niggling things, but the cost was not sustainable for a one-man hobby website. I got rid of other monthly subscriptions to pay for it.

Terry graded all his pages with Clearscope targeting the A++ score for each page of content. Such optimization was successful for low-hanging keywords with little or no competition, but for some pages (the more competitive keywords), optimizing content in this way did not bring expected results.

That’s why, after eight months, he decided to cancel the Clearscope subscription. It was difficult to justify the price when the website wasn't making any money.

At this point, Terry struggled to figure out how to make sure his content was the best. He tried different approaches: following advice from some of the best people online, utilizing Ahrefs to audit his site, but... none of that provided him with the content audit he needed.

I had heard of a few people mentioning Surfer and I spoke to one of the owners earlier on giving them my feedback about their software whilst on a trial period. I tried Surfer early on. I would record my screen and give feedback on my usage of the program. That was in 2019 and I was told their Content Editor was in early stages of development. And when it finally arrived, I was off.

Once again, Terry was faced with the possibility that he would have to re-edit 100+ pages. Not exciting.

He had a list of 185 other keywords he wanted to rank. Each one of those with their own page of approximately 1000 to 3000 words. This plan to grow the website was put on hold as it was time to take the proper care of the existing pages.

He rode up his sleeves and put together a plan to tackle all of the old pages of content one at a time.

Thankfully the people at Surfer were able to pacify my concerns about the differences between Content Editor and the site analyser and since then the traffic has grown to my site. This coupled with getting some good links via articles I wrote and published via Haro as well as some affordable niche edits and a few backlinks from niche related websites that would accept guest posts.

And this is what happened:

As it stands at the moment in the midst of the coronavirus last month received the highest amount of traffic 30,000 sessions 25,000 visitors a month.

The website is now monetized through ad networks, and although it's not making a lot, it's better than nothing.

I had a clear and honest conversation with Gary from Get Me Links who has forced me to look at affiliate marketing within my niche. I've given myself a goal by the end of 2020 to ten times the amount of traffic to 300,000 sessions a month. I'm also looking into developers to help me construct something that could be of service to people using the website that could also be monetised.

Ahrefs really helped me look at diversifying keywords and helped me examine low-hanging fruit within my niche, but Surfer has helped me construct a blueprint that I can use for every keyword/page that I will be creating going forwards. That was the game-changer for me.

We’re waiting for the update on this, Terry :) Keep pushing!

Did you like this one? Check another SEO Case Study from Apollo Digital, pretty impressive 0-200000 visitors in 2 years!

See also some of our other case studies:

Michał Suski
CPO at Surfer
Digital marketer with love for SEO. Michał co-founded Surfer and has been evangelizing the product and data-driven approach to optimization ever since. He trained hundreds of SEOs, copywriters, and marketers on on-page SEO, content, and technical optimization.
Author Page

Michał Suski
CPO at Surfer
Digital marketer with love for SEO. Michał co-founded Surfer and has been evangelizing the product and data-driven approach to optimization ever since. He trained hundreds of SEOs, copywriters, and marketers on on-page SEO, content, and technical optimization.
CONTRIBUTORS
No items found.
Content Score of this blog post
Discover your content score
Tools featured in this article
Keyword Surfer
Keyword Research
Content Editor
Join the discussion

If Surfer isn’t what you expected it to be, or you simply changed your mind, let us know within 7 days and we’ll give you a full refund. No ifs or buts about it. All we ask is for honest feedback on how we can make Surfer better. Deal?